1. Supermassive black holes at the hearts of active galaxies swallow large amounts of gas. During this feast, they spill a lot of their ‘food’, which is discharged in turbulent outbursts. An international team of astronomers has revealed some striking features of such an outburst around a supermassive black hole in a distant galaxy. They found a very hot ‘convertor’ corona hovering above the black hole and cold gas ‘bullets’ in hotter diffuse gas, speeding outwards with velocities up to 700 km/s.

2. Unlike popular belief, not all the matter around a black hole is swallowed up. A disc of infalling gas forms around the black hole. On the journey inwards the gas and dust emit large amounts of X-ray and UV radiation. This radiation can be so strong that it diverts a part of the gas inflow. It causes winds flowing outward with velocities up to several hundreds of km/s. An international team of astronomers led by Dr. Jelle Kaastra from the SRON Netherlands Institute for Space Research took the opportunity to observe and map such an extreme environment around one of the brightest supermassive black holes known to us. This ‘monster’ black hole — in the distant galaxy Markarian 509 — has a mass 300 million times that of the Sun. 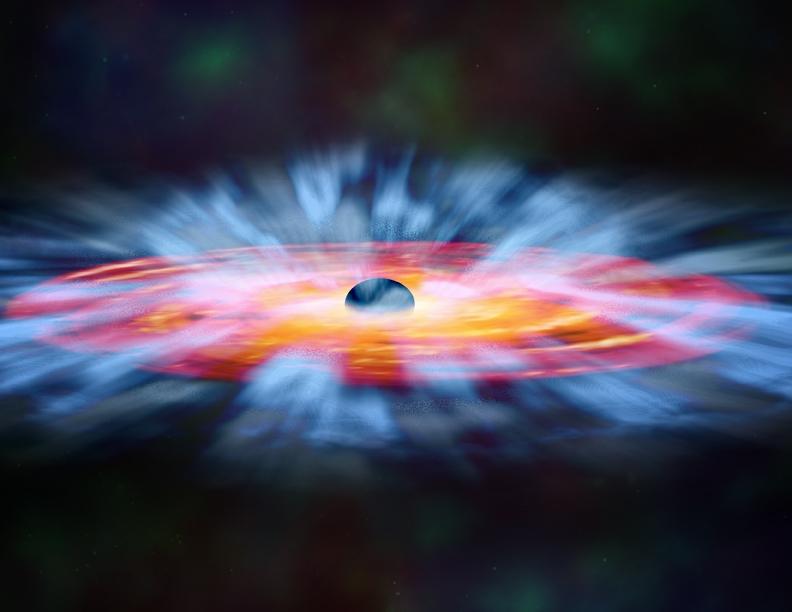