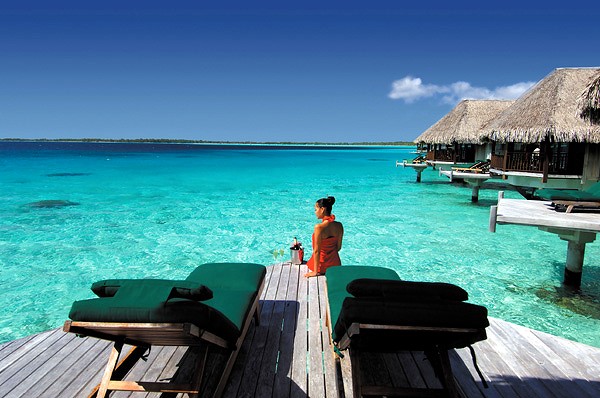 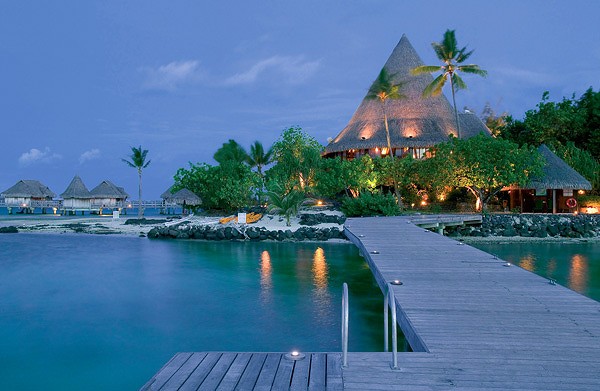 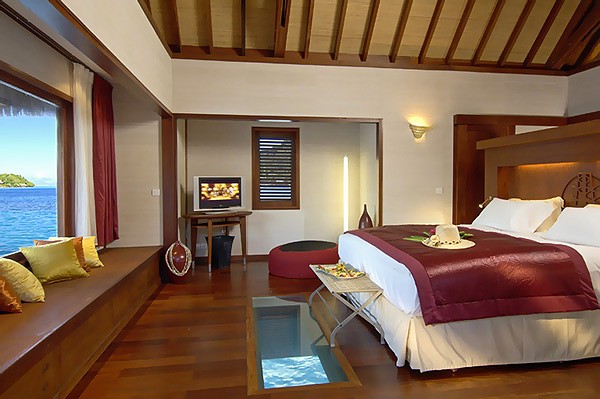 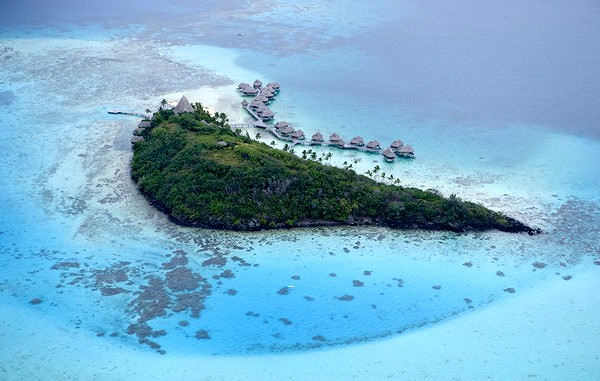 Bora Bora has often been called the world’s most beautiful island.

It comprises one main island of 29sq-km, roughly the shape of a seahorse, with white-sand beaches and surrounded by a coral reef and strings of “motus” (islets); resident population is about 6,000.

In between lies a lagoon of breathtakingly-brilliant colours, from turquoise to deep blue.

In the jungled hills of the interior, volcanic mountains named Otemanu (727m high) and Pahia (661m) dominate the skyline.

At Bora Bora’s airport, located on Motu Mote,a fleet of boats waits to transport incoming tourists to their resort hotels, many of which offer “over the-water” bungalows with glass panels in the floors providing mesmerising views of the fish swimming below.

The five-star resorts on tropical Bora Bora are exclusive and expensive, popular with celebrities – Nicole Kidman and Keith Urban honeymooned at the St Regis where they occupied the palatial 1,208sq-m “royal estate” for four nights priced at $US15,000 ($A16,374) a night.

But the island also has “pensions” (French for guest-houses), and other cheaper accommodation.

Among activities for tourists are sailing in the lagoon where Polynesian guides introduce them to feeding (small, reef, friendly) sharks and playing with stingrays, also diving, snorkelling and boating of all kinds.